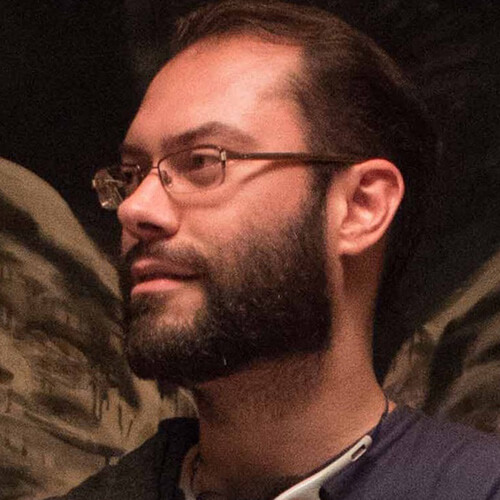 Originally from Rio de Janeiro, Angelo Defanti works as a director, screenwriter and producer. He has directed six short films, among them Borá (2017), One Day (2015) and Complete Fejoada (2012). In 2015, he released the documentary Meia Hora and The Headlines that Turn Into Headlines. In 2016, he directed the 10-episode series HQ—Special Edition for HBO. As an executive producer, he worked on Rio Siege, by José Eduardo Belmonte, which was adapted as a television series and was nominated for an International Emmy. Angelo was also part of the creative core of several companies funded by the Brazilian Film Agency (ANCINE), such as RT Features, Coala Filmes, Glaz Entertainment, and Sobretudo Produção, his production company, where he coordinates the development of projects alongside the leadership of filmmaker Sandra Kogut. Angelo is currently in post-prodution of his first feature film as a director and screenwriter, The Club of Angels, based on the book by Luis Fernando Verissimo and produced by Sobretudo, Dezenove Som e Imagens, Ukbar Filmes and Warner Bros.

Borges — Buenos Aires, 1985. An Edgar Allan Poe convention is shaken by the murder of one of its scholars. Acclaimed –and blind– writer Jorge Luis Borges goes from panelist to detective to solve the crime, teaming up with the only witness — a quiet Brazilian translator with a confused memory.