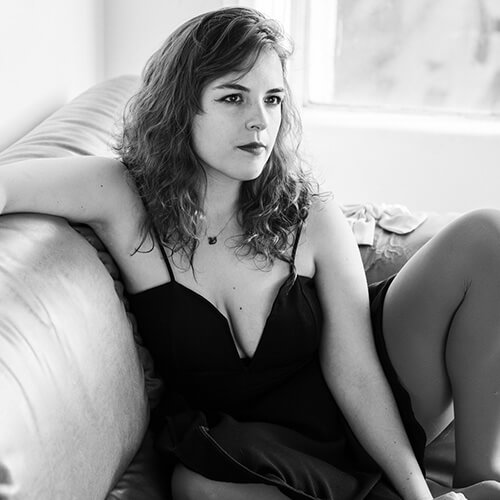 Danae Reynaud is a French-Mexican actress, screenwriter and director. At the age of 8, she started working in radio programs and small theatrical productions. She also won several short story and poetry contests in France, Canada and Mexico. At the age of 11, she started working as an actress in student and professional short films and has since participated in more than 50 short films, including T-Rex, Porcelana and El amor dura 3 meses. In 2012 she had her first role in a feature film, Club Sandwich by Fernando Eimbcke (Silver Shell at the San Sebastian Film Festival), and has since acted in 20 other feature films, including Efímera (2021) by Luis Mariano García, Lecciones para canallas (2021) by Gustavo Moheno, and Lady Rancho (2018) by Rafael Montero. Danae studied film directing at the Centro de Capacitación Cinematográfica (CCC) in Mexico City, and acting and screenwriting in various workshops and labs (with Luis Mandoki, at Stella Adler’s Art of Acting Studio in Los Angeles, and with Michael Rowe, Beatriz Novaro and Elsie Méndez Baillet). She has directed and written three short films and is currently writing and developing projects of her own creation, as well as in pre-production of projects in which she will participate as an actress.

Marcapasos — Reve is a motherless young American who lives in Los Angeles and wanders aimlessly through life. When he learns that David, his father, has just died in Tijuana, where he is originally from, Reve travels there to get his life together. Feeling alienated and unprepared for his responsibilities, he ends up going on a trip with Adara, a girl who claims to be his sister and with whom he establishes a fictitious bond through his ghosts and imagination that will help him overcome his grief.