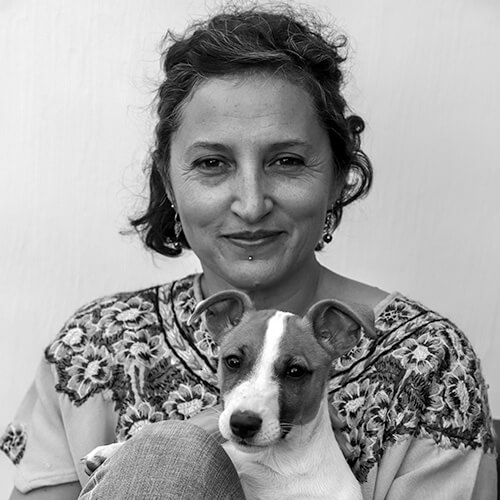 Originally from Valladolid, Yucatán, Isabel Cristina Fregoso is a Mexican filmmaker who graduated from the Centro Universitario de Estudios Cinematográficos (CUEC) of the of the National Autonomous University of Mexico. She is interested in stories where culture, politics and the human condition are reflected. Isabel Cristina has directed the short films Chenalhó, el corazón de los Altos (2002), winner of the Ariel award for best documentary short film, Cristeros y Federales (2011), Cultiva Ciudad (2017), El Sauzal (2017) and La Polveada (2018), a family story that led to the writing of the script El silencio del sendero. Her first feature documentary, El aliento de Dios (2007), was produced by the Mexican Film Institute (IMCINE). Her work has been shown in various international festivals and spaces for education and culture in Mexico, Guatemala, Chile, Argentina, Cuba, the United States, Germany, Ireland, France and Spain. Isabel Cristina is a member of the Mexican Academy of Film Arts and Sciences and of the Mexican National System of Art Creators (2013-2016).

El silencio del sendero [co-written with Alfonso Suárez Romero] — A teenage girl’s desire leads her to confront herself and run away from her family. Through a journey on horseback through the mountains, where she pretends to be a young muleteer, she discovers a different world that leads her to take the reins of her life.