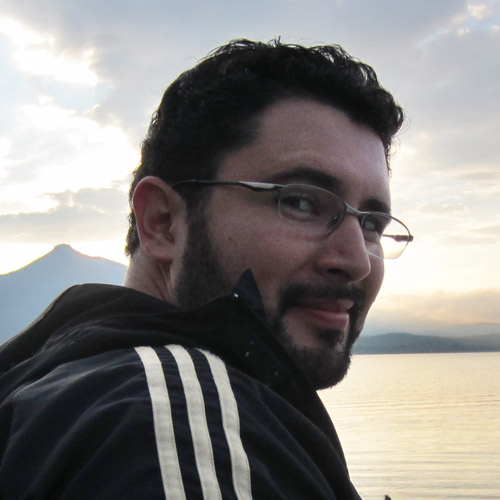 Born in the city of Puebla, Mexico, Jesús Alarcón entered the world of narrative at a very early age. Jesús was awarded the Americarum Universitas scholarship to study a B.A. in Communications at the Universidad de las Américas–Puebla, graduating magna cum laude. He spent a year abroad studying at the University of Leeds, in the United Kingdom, where he debuted as a director in the short films program. Jesús has worked as a producer, director, cameraman and editor in Mexico, the United Kingdom, Spain, Venezuela, Puerto Rico and the United States. He completed his M.F.A. in Filmmaking at the University of Columbia in New York, where he was awarded the Cinematography and FOCUS fellowships. He received the Hollywood Foreign Press Award to promising filmmakers. Jesús is currently working in the pre-production of the television series Cadena perpetua, and is in development of his first feature film, Esperadoras.

Jesús Alarcón served as Academic Assistant at the 2011, 2012 and 2013 Script Revision Lab in English.