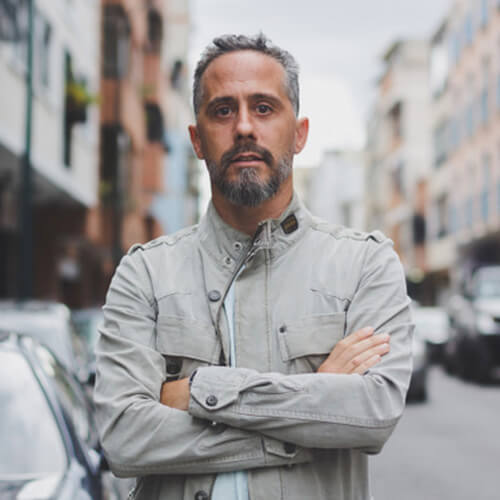 Joe Torres is a Venezuelan director, screenwriter and producer born and raised in Caracas. In 2003 he moved to Barcelona, where his first two films, both documentaries, premiered — Dostrece and elTALLER. As an advertising film director, he has received awards from Cannes Lions, D&AD, El Sol, CdeC, Laus, Ojo de Iberoamérica and FIAP, among others. The campaign “El pueblo en el que nunca pasa nada”, by the Madrid-based agency Shackleton, won seven Lions in 2009 in Cannes, becoming the fourth most awarded campaign worldwide, according to The Big Won Report. Nominated in 2013 for a Latin Grammy, and once again considered one of the best advertising film directors on the global scene at Cannes, Joe currently devotes much of his time to preparing his first feature film, La otra isla, an adaptation of the homonymous novel by acclaimed Venezuelan writer Francisco Suniaga.

Joe Torres served as Academic Assistant at the 2020 Script Revision Lab in Spanish.