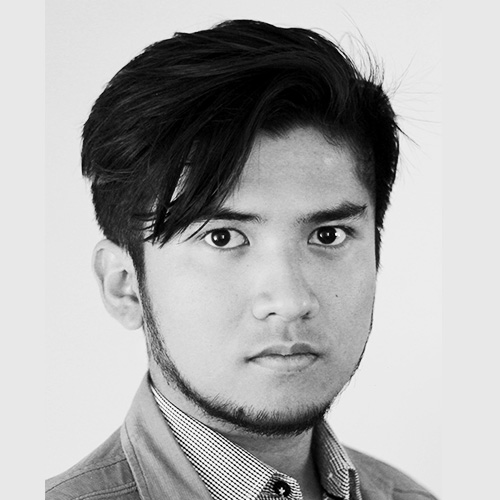 Jordan dela Cruz is a Filipino filmmaker from the province of Camarines Sur. In 2014, after graduating from the Asia Pacific Film Institute in the Philippines, he migrated to the Arabian Gulf to work as a video producer for one of the largest online companies in the region. In 2016 he directed the experimental short film The Dream that Nida Chua Dreamed on the Morning of May 25, 1985, which was screened at the Short Film Corner of the Cannes Film Festival and was featured in a dozen other international film festivals and art exhibitions. In 2018, motivated by the resurgence of the Philippines’ most sociopathic and predatory political dynasties, Jordan decided to leave the world of corporate video production, go back home, and focus on the development of his first feature film, The Perilous Odyssey to Mount Gulsuk. Jordan is an alumnus/fellow of the Asia Pacific Film Institute, the Doha Film Institute and the Tribeca Film Institute, and has recently been invited to participate in First Cut Lab, TFI Network at the Tribeca Film Festival, and CineMart at the Rotterdam Film Festival.

The Perilous Odyssey to Mount Gulsuk [co-written with Siege Ledesma] — When the life of his pregnant girlfriend is threatened by a mysterious illness, Joseph, a reluctant teenage father-to-be, embarks on a spirit-breaking quest to save his beloved and their unborn child. His surreal odyssey starts in the idyllic landscapes of the Philippines, transitions to the soul-devouring labor camps of Arabia and ends at the peak of the mythical, eldritch Mount Gulsuk.