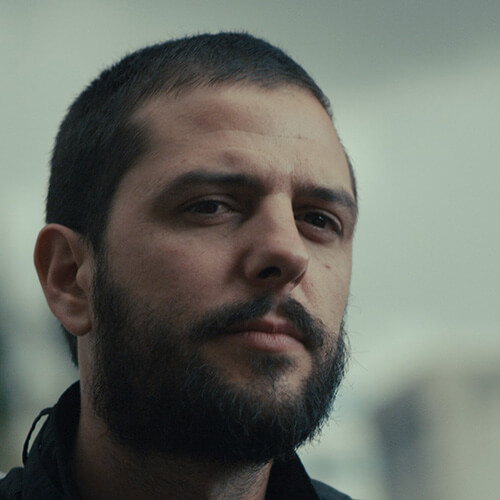 José Pablo Escamilla is a Mexican filmmaker with a B.A. in Film and Television from the Centro de Diseño, Cine y Televisión in Mexico City. He is a founding partner and member of Colmena, a collective of audiovisual creators with whom he has developed and produced several short films since 2014, such as Arma blanca (2012), by Mauricio Calderón Rico, and Playa (2017), by Francisco Borrajo, as well as his short films El dolor fantasma (2013) and Libélula (2015), which were selected for numerous festivals around the world, such as Berlin, Morelia, Brooklyn or Toulouse, among many others. He recently directed the second unit of Kokoloko, by Gerardo Naranjo (Tribeca 2020), and edited the short film Sol del Llano, by Manuela Irene (Clermont-Ferrand, Edinburgh). His first feature film, Mostro (Gabriel Figueroa Film Fund 2020), is currently in post-production.

Adiós a Satán — A teenager discovers that his father has a second family and, without revealing his identity, develops a dangerous friendship with his half-brother, with whom he plans an escape with no destination.