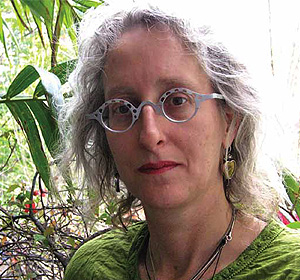 Originally from Mexico, Lynn Fainchtein is a musical supervisor and producer who has taken her musical experience to an ample range of mediums, which include film, television, radio, journalism and recording. Lynn has worked as a musical supervisor in numerous films. One of her long-standing contributions has been with the acclaimed Mexican Film Director Alejandro González Iñárritu on all of his films: Amores perros, 21 Grams, Babel, Biutiful and, more recently, the worldwide acclaimed Birdman and The Revenant.

Lynn regularly collaborates with Canana Films, the production company founded by Gael García Bernal and Diego Luna, where she has musically supervised all of their films. She has also collaborated with Lee Daniels in Precious, The Paperboy and The Butler, and with Walter Salles in On the Road. Lynn has musically supervised Under the Same Moon, Sin Nombre, Miss Bala, Maria Full of Grace, The 33, and La Dictadura Perfecta, among many other films, as well as the HBO series Capadocia, Sr. Ávila and Dios Inc., and the Cirque du Soleil’s new show Luzia. Lynn is currently working on the Netflix series Ingobernable and Club de cuervos.