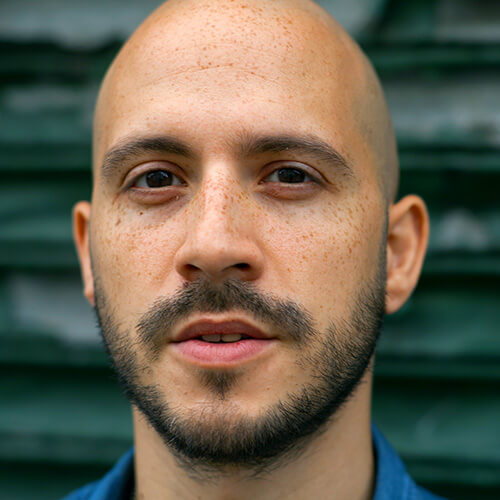 Nabil Viñas is a 2019 NYSCA/NYFA Artist Fellow in Screenwriting from the New York Foundation for the Arts. He wrote the short film Come Back Hailey (2014), a story about heartbreak that centers on friendship between men, which screened at several New York City festivals. An award-winning actor, his films have played the 2017 New York Film Festival, HBO’s New York Latino Film Festival, and other festivals worldwide. He produced and acted in the feature film Tomorrow Ever After (2016), which screened theatrically in select cities, earning critical acclaim and mainstream press. Nabil has a theatre background (B.A. in Theatre from the City College of New York) and has acted with companies such as Labyrinth Theater Company, Poetic Theater Productions, Barefoot Theatre Company, and The Classical Theatre of Harlem. Born and raised in Washington Heights, New York City, to parents from Moca in the Dominican Republic, Nabil spoke only Spanish until age 5. He considers it his mission to help create authentic stories where cishet men of color get to be caring and experience a wider range of their humanity.

Los Malos (The Bad Ones) — Three Dominican brothers in New York City aren’t as close as they used to be — polished Felix works in a fancy office, rugged Wilberto fights in underground boxing matches, and shady Joey makes money as Wilberto’s manager, along with other scams. When Joey and Wilberto get in trouble with the wrong crew, they turn to their responsible brother Felix for help, dragging him into worlds, problems, and people he thought he’d never see again.