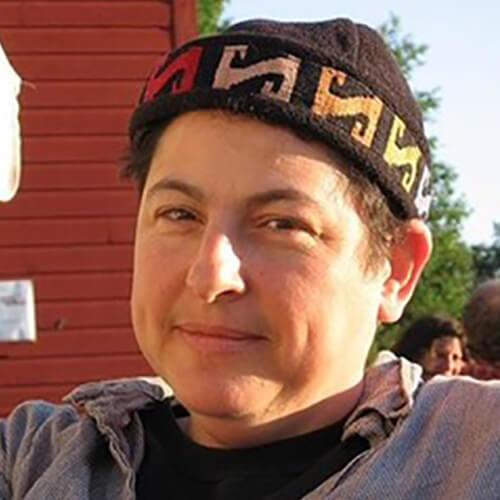 Nancy Kates produced and directed the feature-length HBO documentary Regarding Susan Sontag, which premiered at the 2014 Tribeca Film Festival, where it received a Special Jury Mention. It has since screened at over 130 film festivals in 35 countries, and received a number of honors, including a FOCAL International Award. Ms. Magazine named the film one of 2014’s top ten feminist films. Nancy also produced and directed Brother Outsider: The Life of Bayard Rustin with Bennett Singer. The film premiered in competition at the 2003 Sundance Film Festival and on the PBS series “POV,” winning more than 25 awards worldwide. Nancy studied documentary at Stanford and her master’s thesis, Their Own Vietnam, received the 1995 Student Academy Award—Oscar® in documentary. Based in Berkeley, California, Nancy also works as a speaker and writer. She has studied screenwriting through the Sundance Collab program, the Stowe Story Labs, and the Squaw Valley Community of Writers, and has several narrative projects in the works. In 2014 she was included in the Out 100, the magazine’s list of intriguing LGBTQ Americans.

Bound by Ice — Chicago, 1959: Lucy, a lesbian scientist, works at a Cold War scientific research facility funded by the Army, while pursuing her twin passions for women and science. When she uncovers dangerous military secrets, Lucy is forced to make agonizing choices between her work, her lover and her principles.