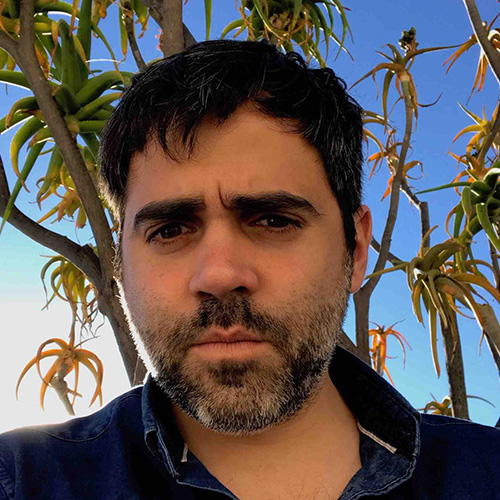 Nicolás Diodovich trained as a screenwriter and filmmaker in his native Buenos Aires, attending Aida Bortnik and Juan José Campanella’s screenwriting and film workshop for three years. He worked for several years in different advertising agencies as an editor, and in 2015 he made the leap to feature films, writing and co-directing Línea de cuatro (2017). He wrote, together with Chilean director and producer Jorge Riquelme Serrano, the feature film Algunas bestias (Some Beasts) (2019), which had its world premiere at the San Sebastian Film Festival, where it won the award for best film in the New Directors category. He also works for the Argentine production company Televisión Abierta, developing and writing television series for Disney/Fox. Nicolás is also a literary writer and his first novel, Tiempo compartido, is about to be published. His script for a new feature film, Dependencia, which he will direct, was selected for the 2019 Bolivia Lab and for the unpublished script competition of the 2019 Havana Film Festival.

Dependencia — While his sister Nina succeeds as a pop star abroad, Dany returns to live with Beba, his mother, who suffers from Alzheimer’s. To make his mother happy, and due to the confusion caused by the disease, he begins to dress up and impersonate his sister, Beba’s favorite, trying to forge a bond with his mother before her memory disappears forever.