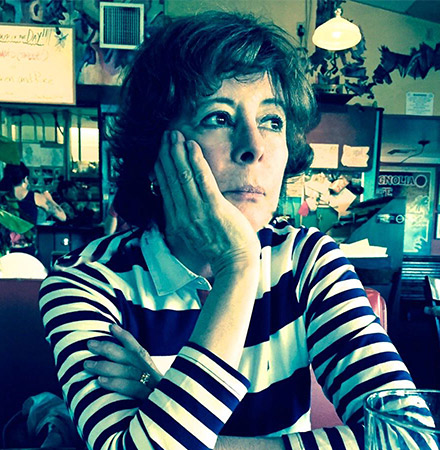 Paz Alicia Garciadiego was born in Mexico City, where she studied Hispanic Literature and Latin American Studies at the National Autonomous University of Mexico (UNAM). She served as a professor at the UNAM and the Universidad Iberoamericana, and later on she started to write scripts for comic books, television and cultural radio stations, focusing at first on the historical genre and, gradually, on fiction.

Considered one of the most important and respected screenwriters in Spanish-language filmmaking, Paz Alicia Garciadiego has been a facilitator and advisor in numerous screenwriting workshops, such as the Sundance Institute’s Latin American screenwriting labs, and she regularly serves as a script advisor in the Ibero-American Film Project Development Course of the IBERMEDIA Program in Madrid. She has taught semester courses in the United States, at the Universities of California—Santa Cruz and Southern California, and she has also lectured in numerous institutions around the world.

Paz Alicia Garciadiego has been a jury member at many film festivals, including Locarno, San Sebastián, Havana, Guadalajara, Mar del Plata, Buenos Aires, Huelva and Huesca. In the literary field, she has been a jury member of the Alfaguara Prize. Her scripts for La mujer del puerto, Profundo carmesí, El evangelio de las maravillas, El coronel no tiene quien le escriba, Así es la vida… and La perdición de los hombres have been published by various publishing houses in Mexico and Spain. In addition, several of her articles have been published in specialized magazines or in anthologies of film books, and she has published, together with Mariana Luiselli, El cine también se hace (2006).

She has received multiple awards for her work, including the award for best screenplay at the 1989 Bogotá Film Festival for Mentiras piadosas, the award for best unpublished script at the Havana Film Festival in 1995 for Profundo carmesí and in 1999 for El coronel no tiene quien le escriba, as well as the Golden Lion for Best Screenplay at the 1996 Venice Film Festival for Profundo carmesí and the Golden Shell for Best Screenplay at the 2000 San Sebastian Film Festival for La perdición de los hombres. In recognition for her career in film, Paz Alicia Garciadiego has received, among many other awards, the Salvador Toscano Medal for Merit in Film, awarded in 2013 by the Cineteca Nacional de México, the Buchanan’s Award for Greatness in Mexican Cinema, granted in 2016 as part of the Phoenix awards for Ibero-American cinema, and the Golden Ariel for her career in Mexican cinema, awarded in 2019 by the Mexican Academy of Film Arts and Sciences.