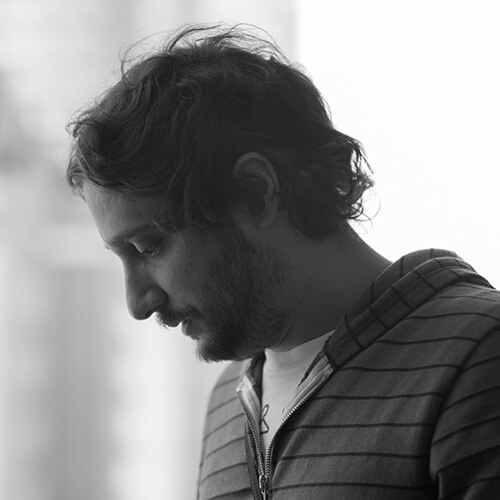 Pedro Coutinho is a Brazilian director and screenwriter. He holds an M.F.A. in Film Directing from Columbia University in New York City. His two short films, O Nome do Gato (The Name of the Cat) (2009) and O Jogo (The Game) (2013), were selected for more than 70 film festivals, receiving awards in Brazil, the United States, the United Kingdom, Croatia and India. Pedro also directed the 16 episodes of the second season of Elmiro Miranda Show for TBS Brazil. As a screenwriter, he was the showrunner of the television show Me, She and 1 Million of Followers, that aired in 2017 at Multishow, and a collaborator of the movie O Homem Perfeito (The Perfect Man) (2018). All over the years he has been directing commercials for big brands such as McDonald’s, Coke, Bayer and Netflix, among others. In 2018 his first feature, Todas as Razões para Esquecer (All the Reasons to Forget), was released in theaters all over Brazil. The film, a micro-budget dramedy, is now available on Netflix and was nominated as comedy of the year at the Brazilian Cinema Grand Prize.

King Crab [co-written with Luiz Antonio] — A huge crab, typical of icy waters, invades the sea of Baía Formosa, a small town located in northeastern Brazil. Is it a divine miracle? Global warming? Nobody, at first, wants to know why. After all, the important thing is to profit. Fishermen, politicians, religious and even the quiet housewives all want a piece of that strange crustacean, causing a social and economic revolution in the village.