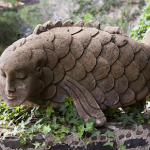 Cine Qua Non Lab is a nonprofit organization based in Morelia, Mexico, and New York City, founded in 2010 with the mission of supporting independent cinema by providing a space for filmmakers to envision and develop their work and bringing them together to exchange ideas, share perspectives and find new opportunities for collaboration. Cine Qua Non Lab supports independent film that has a global and humanistic sensibility.
Cine Qua Non Lab focuses on storytelling and holds residential workshops in English and Spanish in Tzintzuntzan, a small town in the state of Michoacán, Mexico, in a quiet natural retreat overlooking Lake Pátzcuaro, giving filmmakers from around the world the opportunity to work intensively on the development of their projects in a creative environment that provides not only incredible feedback, but also a lifelong community of like-minded artists. At Cine Qua Non Lab, we believe that by bringing together a diverse group of filmmakers who have similar sensibilities about the kinds of films they want to make, the diversity will trigger new ideas, new formulas, and fresh perspectives for filmmaking. 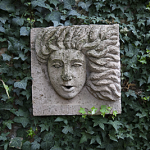 Cine Qua Non Lab was born out of Villa d’Acqua, an artists’ space created in 2001. During its first years of operation, Villa d’Acqua hosted, in an informal way, several Mexican independent filmmakers who wanted a quiet space to work on their projects.

In 2008, a pilot workshop for screenwriters was held in Villa d’Acqua at the initiative of Jesús Pimentel Melo, Ladimer Haluke and Sarita Khurana. Five filmmakers from Columbia University took part in this workshop — Jeannie Donohoe (USA), Jesús Pimentel Melo (Mexico), Julie Buck (USA), Luis Trelles (Puerto Rico) and Sarita Khurana (USA/India). For most of them, it was their first trip to Mexico and their first contact with the Mexican culture. The result was a one-week workshop with daily sessions of four hours to work on storylines and scripts for both short films and feature films. The workshop was very successful, since three of the scripts were produced the following year.

Based on the success of the pilot workshop, in 2010 Cine Qua Non Lab was officially founded by Jesús Pimentel Melo, Ladimer Haluke, Sarita Khurana, Lucila Moctezuma and Christina Lazaridi as an artists’ residency for filmmakers from throughout the world. Since then, Cine Qua Non Lab has held an annual international workshop for independent screenwriters from around the world — the Script Revision Lab in English. In 2017, Cine Qua Non Lab started a new program — the Script Revision Lab in Spanish. In 2020, as a way to celebrate its 10th anniversary, Cine Qua Non Lab launched two new programs focusing on early story development — the Storylines Lab in English and in Spanish.